Feliz Angels 15-Under Lose to Bridesburg in a Nail Biter

Feliz Angels 15-Under Lose to Bridesburg in a Nail Biter

Feliz Filadelfia’s 15-under Angels baseball team and the Bridesburg Cougars battled it out in an epic play-off game! The playoff game was hosted by Bridesburg with the winner to advance to the Championship game.

Feliz Filadelfia took an early 2-0 in the top half of the 1st inning but Bridesburg answered back tying the game at 2 in the bottom of the 1st.

Right from the start we all knew that both teams were going to play their hearts out to get into the championship. As the innings went on, both teams were hitting the baseball and getting on base. Feliz Filadelfia Angels scored 3 runs in the 4th inning to take an 8-7 lead with hits by 3B A. Santiago and first baseman J. Gonzalez. On we go to to the top half of the 5th and the Cougars continued to do what worked for them all year and that was to play small ball.

The Bridesburg Cougars scored 2 runs in the top half of the 5th inning and took a 9-8 lead and the fans at Bridesburg were really excited! With only 1 out in the bottom of the 5th and the bases loaded for the Bridesburg Cougars, the umpires got together and decided to end the game because no new inning can be played after 2 hours (2 hour rule).

“That’s All She Wrote” … the game was over. Congratulations to the Bridesburg Cougars and coach Scott Goldberg on advancing to the Championship game!

The season has come to an end for the 15-under Angels who played hard all year but we take our hats off to the Bridesburg Cougars who always seem to get the job done.

Good luck in the Championship game and we will see you in a month or so from now for what will be an exciting Fall Ball season. 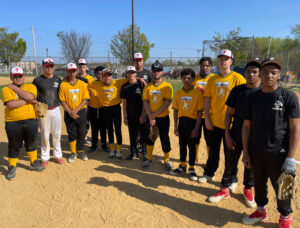 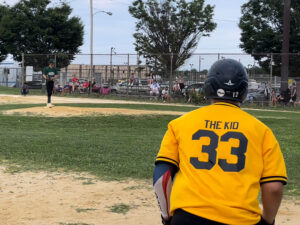 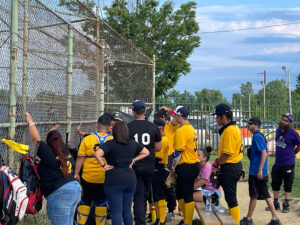 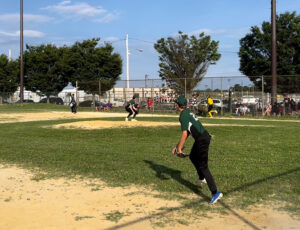 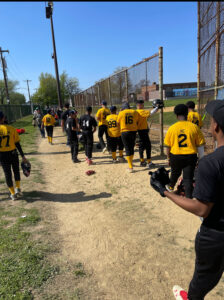