The Phillies Revive Baseball in Inner Cities (RBI) organization, named Feliz Filadelfia Coach Jose Rivera 2022 Jr. RBI Coach of the Year. In a notification letter sent to Rivera, the Phillies RBI stated, “Your valiant efforts in providing the opportunity for the kids from Feliz Filadelfia to play the game of baseball/softball has been noticed. We commend you for all your hard work and hope you accept our distinguished award as part of the Phillies RBI program.”

Rivera was invited to attend the Phillies Jr. RBI/RBI League Recognition Night on July 26th. Friends and family attended an exclusive rooftop pre-game dinner party at Citizens Bank Park, in honor of the Jr. RBI Coach of the Year and RBI Coach of the Year. They then watched as Rivera received an award from executives of the Phillies RBI organization, during a special on-field presentation with close-up shots of Rivera flashed on the jumbotron screens. The dinner party continued after the awards and the attendees stayed to watch the Phillies’ game against the Braves.

Rivera has been committed to providing kids with a safe space where they can just be kids and have fun. He says, “The goal is not to get overly caught-up in winning or losing. My main goal is to provide an environment and level of instruction that helps to develop these kids not just on the field, but off the field as well. We celebrate wins and losses, because we want the kids to remember what it feels like to work hard as a team, and to play your best regardless of the outcome.”

Feliz Filadelfia’s Executive Director Melanie Wright says, Rivera is not only helping to revive baseball in Philadelphia, but he has helped to revive the legacy of Olney’s powerhouse baseball teams at the Hammond Ave fields. Everyone in the baseball community knows Rivera, his teams, and his successful efforts to renovate the clubhouse and baseball fields. He is a man of great integrity and he is a highly respected community leader and family man. Rivera has provided opportunities for a diverse group of kids in underserved communities, to have access and to participate in organized sports. 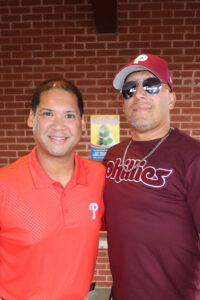 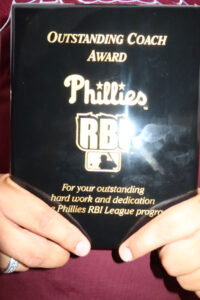 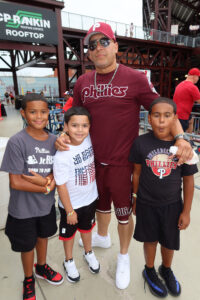 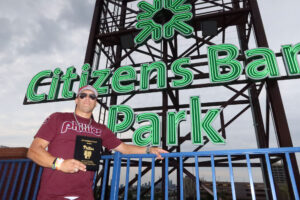 Jose Rivera, Board President of Feliz Filadelfia, with his Coach of the Year Award 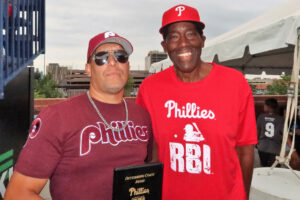 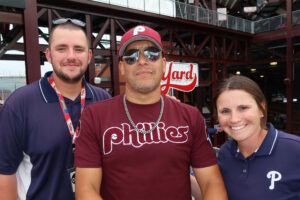 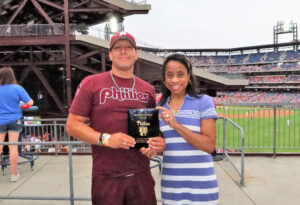 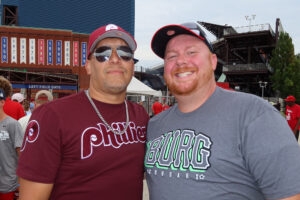 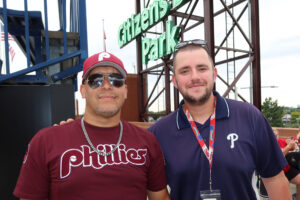 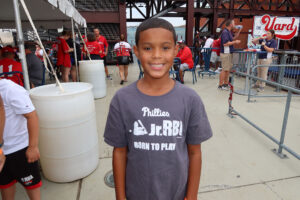 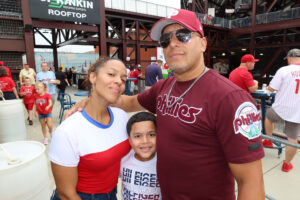 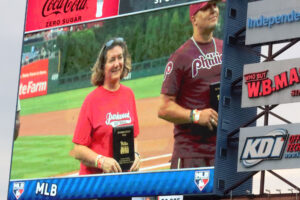 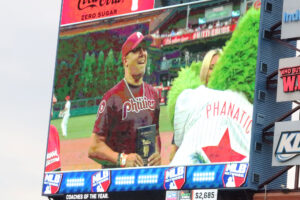 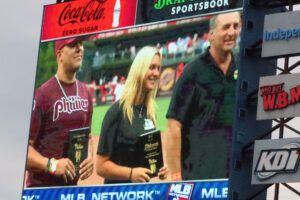 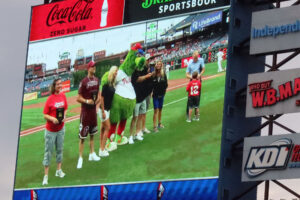 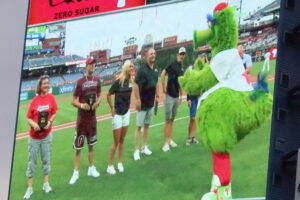 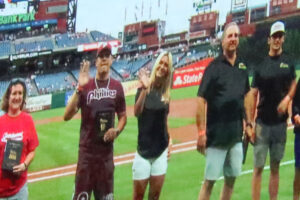 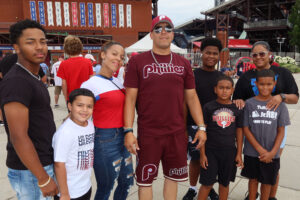 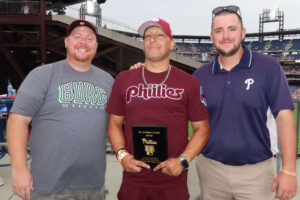 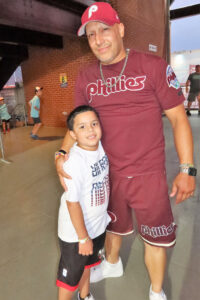 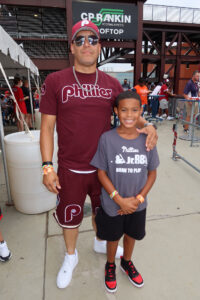