Ranked #1 Feliz Filadelfia Angels and Ranked #3 Rhawnhurst met each other tonight for what was an epic Championship game.

Fans from both sides of the field were standing and cheering for the entire 7 innings. These 2 teams were familiar with each other and The Angels still had a chip on their shoulders from the fact that Rhawnhurst took them out of the playoffs just a year ago.

This was a defensive game till the end.

Feliz Filadelfia jumped out early and took a 2-0 lead in the top of the 5th with pitcher A. Sannicandro throwing 6 strikeouts up to that point.

But Rhawnhurst finally put their bats on the ball and scored 4 runs in the 5th inning and took a 4-2 lead going into the 6th inning.
Coach Anthony Aponte huddled his Angels up and told them something that we all wish we had been able to overhear.

For the 3rd straight game we were in for a nail biter and you could almost feel that something big was going to happen.

The Feliz Filadelfia Angels answered back with 3 runs in the 6th taking a 5-4 lead! Fans were really excited and you could feel it in the air. “3 more outs” yelled the fans!

On we go to the bottom of the 7th. Ace pitcher A. Sannicandro was still on the mound and the Angels were 3 outs away from being Champions. She then found a way to strike out the first 2 batters she faced. “1 Out Away”!!

The 0-2 count “Swing and a miss” struck the batter out and The Feliz Filadelfia Angels became your 2022 Phillies RBI girls softball Champions !!!!

Congratulations to The Feliz Filadelfia Angels on winning the 2022 Phillies RBI 18u Championship !!

Don’t forget the the Boys 7/8 are hosting their own Championship Game tomorrow! 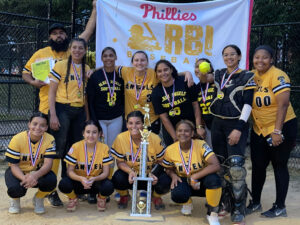 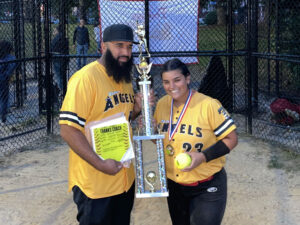 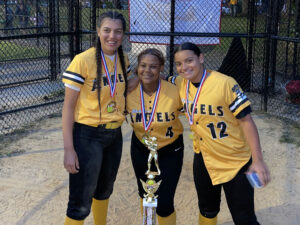 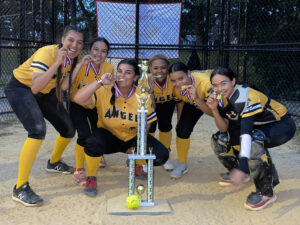 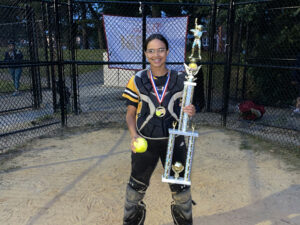 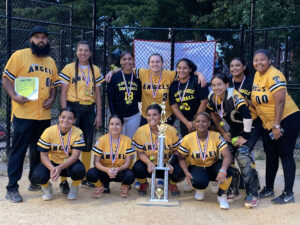 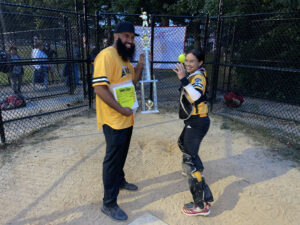 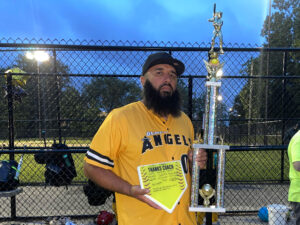 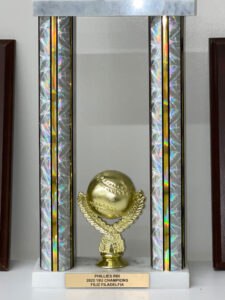 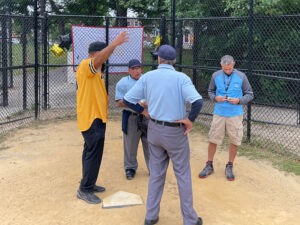