The stage was set for a great game. The Feliz Angels 7/8 boys finished #1 in the standings and tonight’s championship opponent from Bridesburg was #2. But it was these Bridesburg Cougars who handed the Angels their only loss during the season and they always play tough.

Although rain fell throughout the morning hours, Feliz Filadelfia got their fields in playable condition to host the championship game. Fans from Bridesburg started to flock the field by 5:00pm with the 1st pitch scheduled for 6:00 pm and the sun was shining.

The game began with Angel’s Ace pitcher J. Santiago on the mound striking out the first 3 batters he faced in the 1st inning. Feliz Filadelfia Angels scored 2 runs in the bottom half of the 1st inning thanks to 1st Baseman C. Fontánez who hit a 2 run triple. Pitcher J. Santiago went back to work in the 2nd inning striking out the side for a quick inning. Feliz Filadelfia left runners stranded in the 2nd inning and the score stood at 2-0.

Bridesburg’s bats woke up in the 3rd inning and they scored 3 runs with two hits, taking the lead 3-2. The Bridesburg fans were really excited and the field was buzzing. The 7/8 division only plays 5 innings so Feliz Filadelfia had to start scoring runs soon. Bridesburg added another 2 runs in the 4th inning taking the lead 5-2 but Feliz Filadelfia didn’t give up and managed to tie the game 5-5 .

We now have a tied 5-5 championship game in the bottom of 4th. Coach Jose Rivera huddled his team up and reminded the team to have fun and start scoring some runs if they wanted to win the championship.

The Feliz Filadelfia Angels really got the message and scored 5 runs in the bottom of the 4th with big hits from 3rd Basemen Ethan, 2nd Baseman CJ, Center fielder Albert and a bases-clearing triple from J. Santiago. A familiar chant was being yelled by the fans in the last inning…”3 more outs” …“3 more outs”. The Angels were 3 outs away from becoming champions!

Pitcher J. Santiago went back to the mound and struck out the side again!!! The Feliz Filadelfia 7/8 boys baseball team did it!!! They are your 2022 Phillies RBI Champions!!

Special thanks to everybody from both teams, fans and players for the amount of respect they all had for each other. Both teams played their hearts out and put on a great show.

“We Are The Champions” 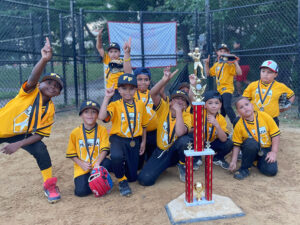 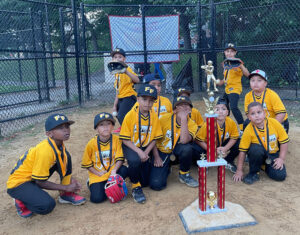 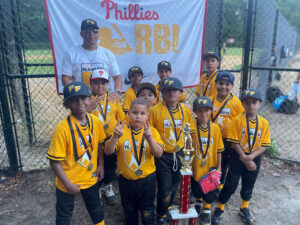 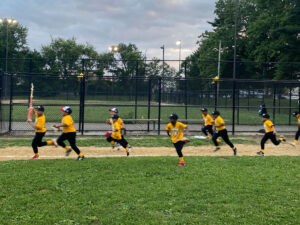 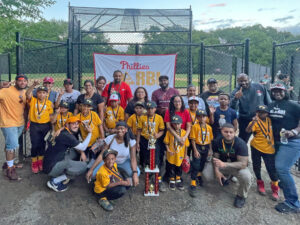 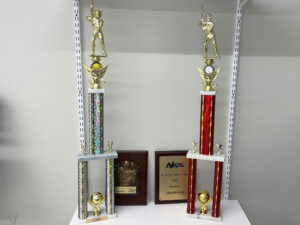 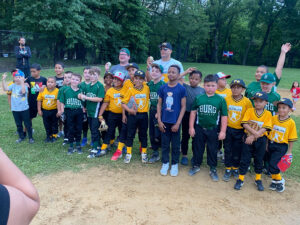 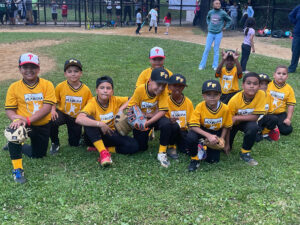 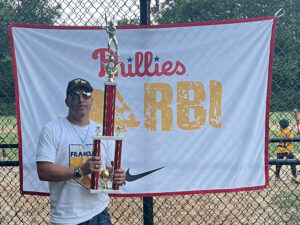 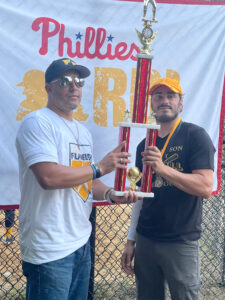 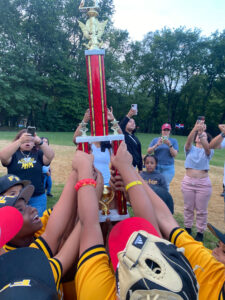