After three years of work,  Saturday, October 23, was a day for celebration at the Hammond Avenue baseball fields. The newly renovated clubhouse and playing fields were dedicated at a ceremony presided over by city councilwoman Cherelle Parker and attended by Congressman Brendan Boyle (PA-2nd District).

“I grew up around the corner and played on these fields,” Congressman Boyle said. “Some of my happiest memories were coming to this field.”

But starting in the 1990’s the fields and clubhouse fell into sad disrepair. Now the future is looking bright again.

In the week prior to the dedication, the Hammond Baseball Fields were the site of furious activity to get ready for the big day. Mural artist Sam Rodriguez was busy creating two murals on the clubhouse, members of the IUPAT Painters Union District Council 21 were out in force painting the exterior, and workers from First Builders were putting the finishing touches on the clubhouse right up to the 1 pm dedication. Kyasha Tyson, staff member in Cherelle Parker’s office, counted six trips to the hardware store on the eve of the dedication to get all the necessary fixtures to complete the job.  Kyasha along with Feliz Filadelfia director Jose Rivera had overseen the project from start to finish.

It was an all-star team which showed up for the ceremony including state Senator John Kane, former head of the local plumbers union, who drove up from Delaware County. Others who worked on the project, including master carpenter James Thompson and Tom Peters from RSG Construction, and Jack Altieri from the local painters union, received awards.

The sun came out for the ceremony, and everybody was happy. Feliz Filadelfia! 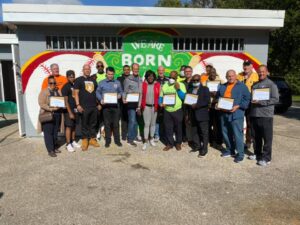 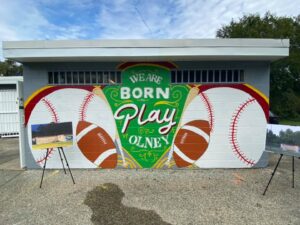 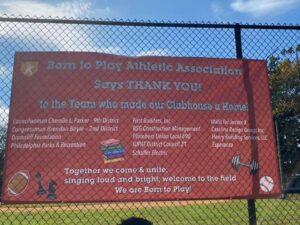 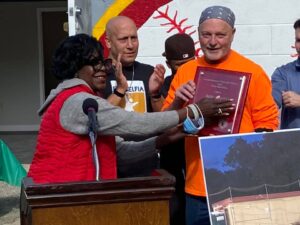 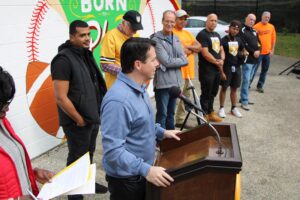 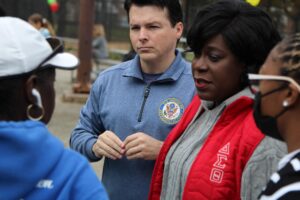 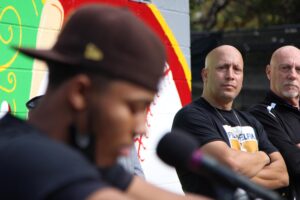 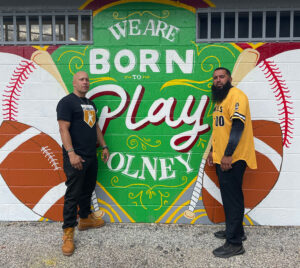 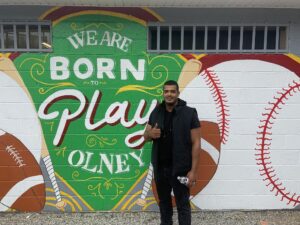 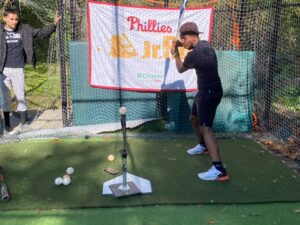 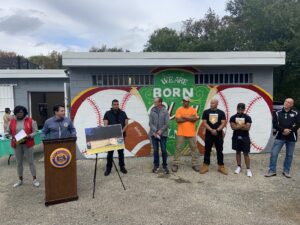 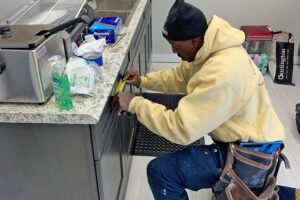 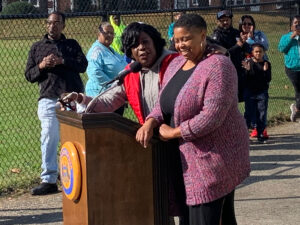 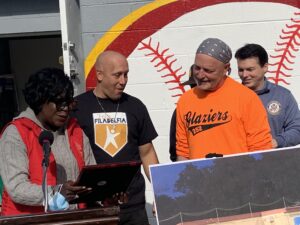 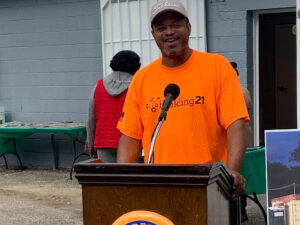 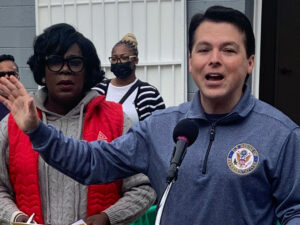 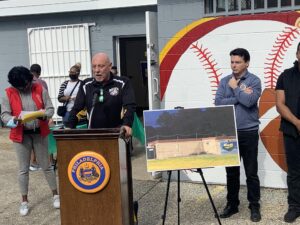 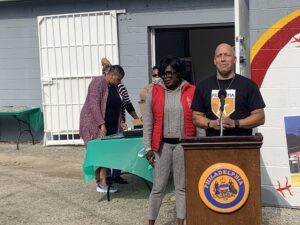 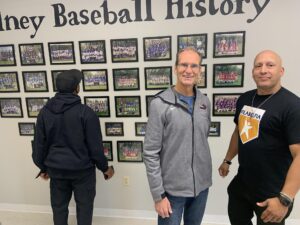 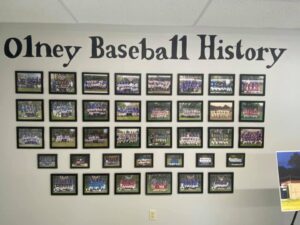