Olney Angels 7-8 Suffer their First Loss of the Season

Olney Angels 7-8 Suffer their First Loss of the Season

The Olney Angels 7-8- year old team team suffered its first loss of the season 4-3 to league rivals Bridesburg Cougars on Sunday. The Angels in yellow jerseys lead until the last inning. The team record is now 4-1.

The 5-6 year olds play in the Jimmy Kuzowsky League which is sponsored by the Philadelphia Phillies RBI program. Even though the temperatures climbed into the high 90’s, the team stayed strong throughout the game.

Among the action photos from the game, second baseman Joniel Ceballos wipes his brow in the searing heat. In other action, the Angels under 15 boys team won 13-2 on Sunday. 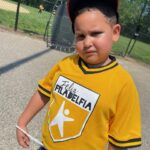 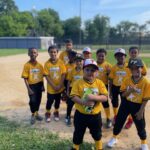 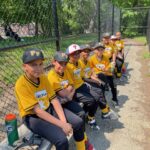 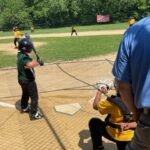